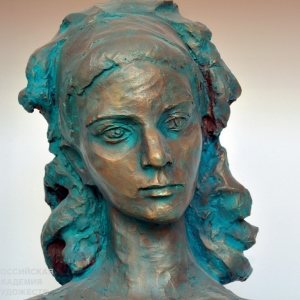 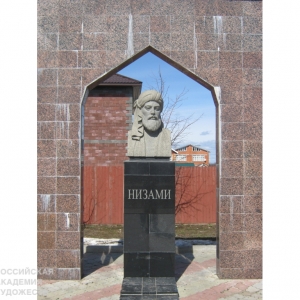 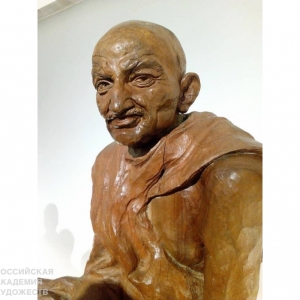 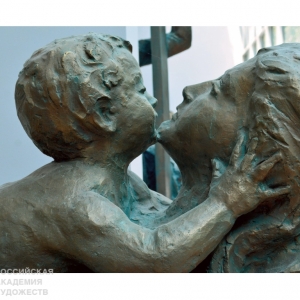 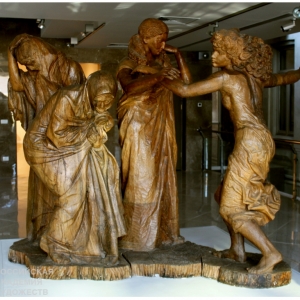 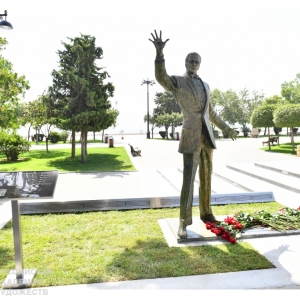 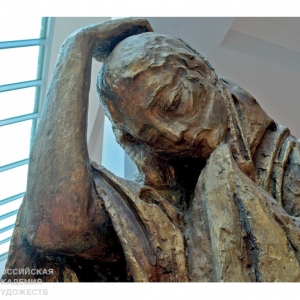 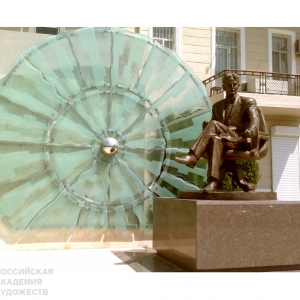 Eldarov Omar Gasan ogly was born in Derbent (Dagestan ASSR). He graduated fr om I. Repin State Institute of Painting, Sculpture and Architecture in Leningrad (now St. Petersburg) wh ere he studied under such masters as A.T. Matveev, M.A. Kerzin, V.B. Pinchuk. Omar Eldarov works in monumental sculpture: he has authored monuments to legendary cultural figures of the past and present. His sculptures have adorned his native city of Baku and others. Omar Eldarov has greatly contributed to the promotion of art education in Azerbaijan, founded the State Academy of Arts and for many years has been heading it as its Rector. Omar Eldarov considers as the main goal of art education the preservation of the academic school which is the necessary basis for every artist no matter what direction he prefers.

The Presidium and President of the Russian Academy of Arts Zurab Tsereteli have congratulated Omar Eldarov on his Jubilee. The Letter of Greeting, in particular, runs:

The People’s Artist of Azerbaijan, Honored Art Worker of Azerbaijan, Honored Artist of Dagestan, you are a legend of Azeri monumental art, eminent modern sculptor and the national pride of your country. The deeply folk artist going from national to universal, you have created numerous monuments, dedicated to outstanding figures of culture and art who glorified Azerbaijan for centuries, as well as sculptural images adorning Baku and other cities.

As the Rector of the Azerbaijan State Academy of Arts you have made a great contribution to preservation of the national traditions and promotion of fine arts of Azerbaijan, have given a lot of efforts to training several generations of young artists and sculptors.

For your significant role in the development of Azeri culture and sculptural art you have been honored with the highest and most prestigious orders and awards of Azerbaijan.

The unique hue of the national identity of your works, your extraordinary approach to understanding life, creative commitment and courage have been highly appreciated not only in Azerbaijan, but also in many countries of the world.

The Russian Academy of Arts emphasizes your important input to the promotion of cultural ties between our peoples. A graduate of I. Repin Institute in Leningrad, you have never interrupted your connection with Russian culture and school of sculpture and painting.

On behalf of the Presidium of the Russian Academy of Arts and on my own behalf let me express my deep respect to you and wish you brilliant health and long life, positive sensations, inexhaustible creative inspiration and its implementation in your new works.

Zurab K. Tsereteli, President of the Russian Academy of Arts