IN HONOR OF THE 90TH JUBILEE OF THE COLUMBIAN ARTIST, HONORARY MEMBER OF THE RUSSIAN ACADEMY OF ARTS FERNANDO BOTERO 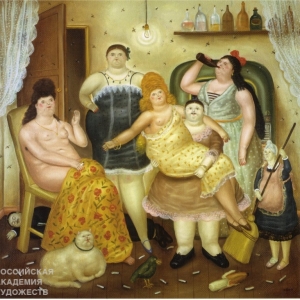 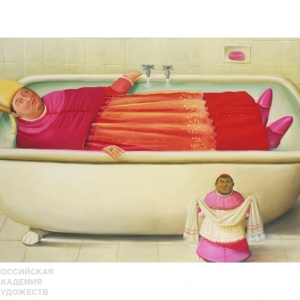 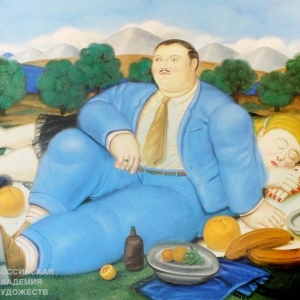 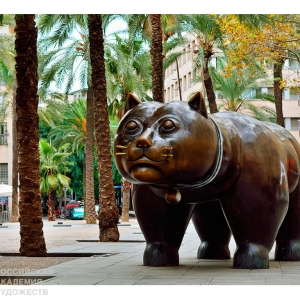 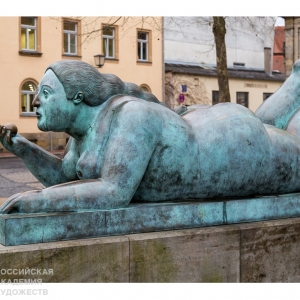 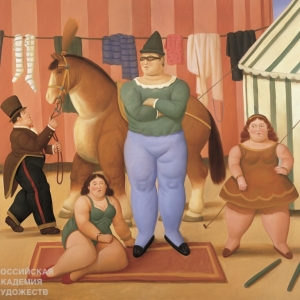 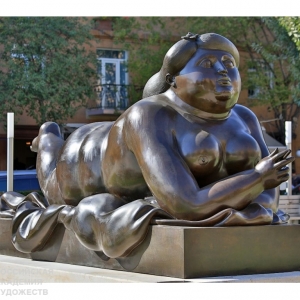 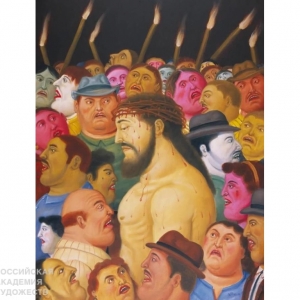 On April 19, 2022 the eminent Columbian painter and sculptor, Honorary Member of the Russian Academy of Arts Fernando Botero is marking his 90th jubilee.

In the second half of the 20th – early 21st century in the Ibero-American art there appeared a lot of new famous names and Fernando Botero is quite obviously one of the most outstanding. In the postindustrial epoch he managed to create his unsurpassed style sometimes defined as “boterism” which is characterized by bright, local colors and somewhat distorted, hypertrophied and rounded forms. His characters seem to be cramped in the space of the picture, usually they occupy a large part of the canvas area and sometimes literally become three-dimensional.

Besides his painting Botero is an author of more than 200 sculptures. His models -whether people or subjects - are almost never individualized, as if the master devotes his work to every human. The universalism is the artist’s most distinguishing feature, He works in practically all the genres (nude figure, portrait, still life, composition in the interior design) and turns to a huge variety of topics including dialogues with Old Masters, historical and Biblical themes.

The Presidium and President of the Russian Academy of Arts Zurab Tsereteli congratulated Fernando Botero on his Jubilee. The Letter of Greetings, in particular, runs:

“You are a Man-Planet. Your unique style is known throughout the world. The multi-sided artist, author of frescoes, sculptures you are open to everything new, tirelessly draw inspiration from objects and people around you. Being on the artistic Olympus you generously share your creativity, initiate museums based on your private art collections, showcase your sculptures in museums and parks in many cities across the world. Your heritage is an immeasurable treasure in world art.

Zurab Tsereteli, President of the Russian Academy of Arts