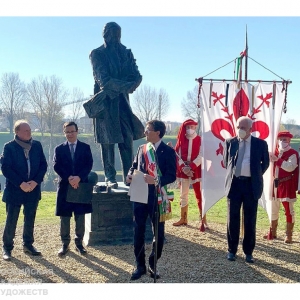 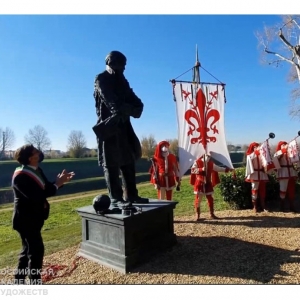 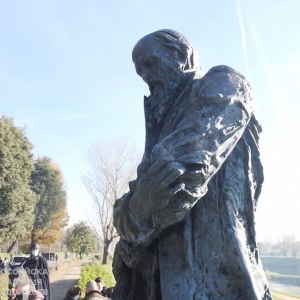 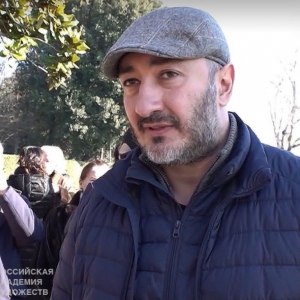 On December 14, 2021in Florence (Italy) there was an unveiling ceremony for the monument  to the world renowned Russian novelist Fyodor Dostoevsky (1821-1881) created by the Academician of the Russian Academy of Arts Aidyn Zeinalov in honor of the 200th anniversary of the writer.  The monument placed in the Parco delle Cascine is part of the Cross Year of Museums of Russia and Italy and has become an “important proof of the centuries-old relations between Russia and Italy”- noted the Russian Ambassador to Italy Sergey S. Razov.

The place for the monument is not accidental. Dostoevsky lived in Florence in  August 1862 and fr om December 1868 till August 1869. In Florence, in the January of 1869 Dostoyevsky completed one of his most famous novels “Idiot”. The author of the sculptural composition is an Academician of the Russian Academy of Arts Aidyn Zeinalov. The monument’s height including the base is more than 3 meters. The novelist is depicted standing with arms crossed over his chest, broken shackles lie at his feet.

The ceremony has been attended by representatives of the Russian Embassy in Italy, the Mayor of Florence Dario Nardella, the Governor of Toscana Region Eugenio Giani, Advisor to the Russian President for Culture Vladimir Tolstoi.

Aidyn Zeinalov was born in 1978 in Moscow. He graduated from V. Surikov Moscow State Academy Art Institute in 2002 wh ere he majored in sculpture under Alexander Rukavishnikov; in 2004 – from the Moscow Institute of Architecture. He also upgraded his skills in sculpture at the Creative Workshop of Sculpture of the RAA in Moscow (2002-2005) under the Academician of the RAA, People’s Artist of the USSR, Winner of the State Prizes Vladimir Tsygal. He is an author of more than 40 publications.  His monumental sculptures can be seen in Russia and other countries, easel works are in many museum and private collections in Russia, Azerbaijan. Among his works installed in Italy are the monument to Giuseppe Verdi in Monteсatini Terme (2015), monument to Giacomo Pucсini  (2016) and others.