RECREATION OF THE INTERIOR DECORATION OF THE CATHEDRAL OF ST. SAVA IN BELGRAD: INTERNATIONAL PROJECT 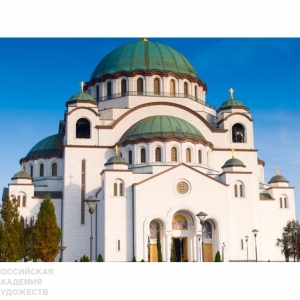 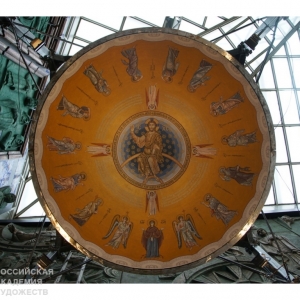 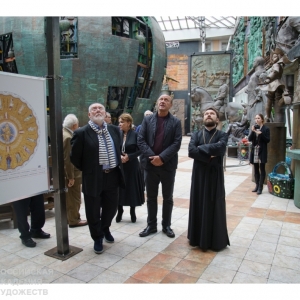 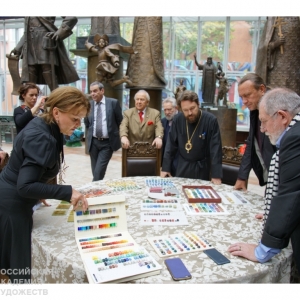 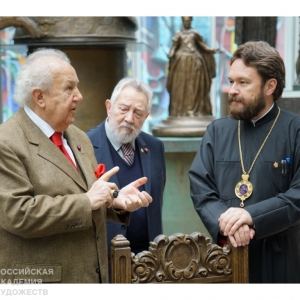 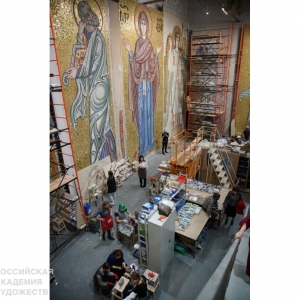 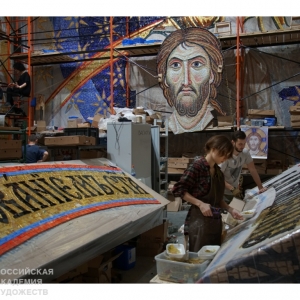 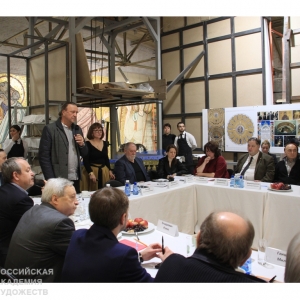 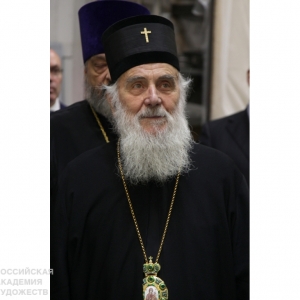 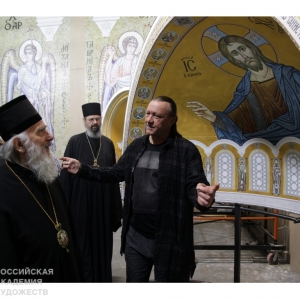 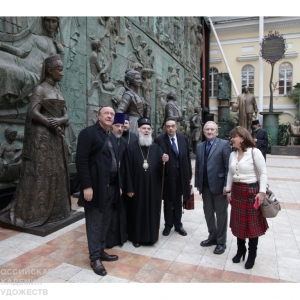 Within the framework of the international project “Recreation of the Interior Decoration of the Cathedral of St. Sava in Belgrade” implemented under the charitable support of Gazprom Oil Co. the Chairman of the Department of the External Church Relations of the Moscow Patriarchate, Metropolitan of Volokolamsk Hilarion visited the Russian Academy of Arts on September 28, 2016.

The Cathedral of St. Sava – the first Serbian archbishop located on the Vracar plateau in Belgrade is one of the largest Orthodox churches in the world. The President of the Russian Academy of Arts Zurab Tsereteli, Academicians, Members of the Presidium of the RAA Nickolai Mukhin, Evgeny Maximov, Vice-President of the Moscow International Foundation for Support to UNESCO Manana Popova presented to the Metropolitan Hilarion a model of the mosaic decoration of the main dome of the Cathedral of St. Sava and informed about the progress in the work on the first stage of the project implementation including a fabrication of special structures for the model demonstration, preparation of the production workshop for performing the work in material, as well as cartoons in full size, selection of manufacturers of the smalt, preparation for the model assembly to be displayed at the “Russian House” in Belgrade. The Metropolitan Hilarion suggested arranging a permanent exposition in the space the Cathedral of St. Sava featuring sketches, models, cartoons, fragments of the mosaics to be created by Russian artists at all the project stages and made a prayer blessing for execution of the works.

On March 10, 2017 in the halls of the creative mosaic workshop of the Moscow International Foundation for Support to UNESCO there was the first session of the Commission for the approval of works at the implementation of the international project on the recreation of internal mosaic decoration of the Cathedral of St. Sava in Belgrade under the financial support of Gazprom Oil Co. The Commission is headed by the Chairman of the Department of the External Church Relations of the Moscow Patriarchate, Metropolitan of Volokolamsk Hilarion, Metropolitan of Montenegro and the Littoral, Archbishop of Cetinje Amfilohije and the Deputy Head of the Federal Agency for the CIS issues, living abroad compatriots and international humanitarian cooperation (ROSSOTRUDNICHESTVO) A.V. Radkov.

The members of the Committee inspected several completed mosaics ready to be shipped to Belgrade. The Vice-President of the Moscow International Foundation for Support to UNESCO Manana Popova and Academician Nickolai Mukhin made presentations focused on the art concept and results of the first stage of the project.

The Metropolitan of Volokolamsk Hilarion, the Metropolitan of Montenegro and the Littoral Amfilohije and other members of the Commission highly appreciated the professional excellence of the mosaic masters and the unique mosaic workshop equipped with everything necessary for such large-scale work. The Commission also noted the significance of the project as a proof of the centuries-old friendship of the Russian and Serbian peoples, as well as brotherhood between the Russian and Serbian Orthodox Churches.

Taking into account, that in 2019 there will be marked the 800th anniversary of the autocephaly of the Serbian Orthodox Church members of the Commission expressed their hope for the immediate implementation of the next stage of the project: execution of the mosaics in the alter, before the alter and under the dome spaces of the Cathedral of St. Sava. According to the Metropolitan Amfilohije, the mosaics in the dome and the alter - the heart of the Cathedral – would “celebrate this date through the beauty of the pan-Orthodox”.

At the workshop the Patriarch of the Serbian Orthodox Church, who for many years had been the Chairman of the Society for the Cathedral Recreation was shown the design of the alter space of the Cathedral of St. Sava I Belgrade. The Patriarch Irinej approved the art concept and offered a consultative assistance of the Holy Synod of Bishops of the Serbian Orthodox Church in the iconographic issues of the alter decoration and made a prayer blessing the beginning of works in the alter part of the Cathedral.

On February 22, 2018 in Belgrade (the Republic of Serbia) there was an official presentation of the mosaic decoration for the dome of the Cathedral of St. Savaattended by the President of Serbia Alexander Vuchich, Serbian Foreign Minister Ivitsa Dachich, Minister of Foreign Affairs of Russia Sergey Lavrov, representatives of Serbian and Russian Orthodox churches, President of the Russian Academy of Arts, UNESCO Goodwill Ambassador Zurab Tsereteli, Vice-President of the Moscow Foundation for Support to UNESCO Manana Popova, the author of the interior decoration project for the Cathedral of St. Sava, People’s Artist of Russia Nickolai Mukhin.