DEDICATION TO THE HEROES OF THE PATRIOTIC WAR OF 1812: EXHIBITION OF THE ACADEMICIAN OF THE RUSSIAN ACADEMY OF ARTS VICTOR BUSKIN 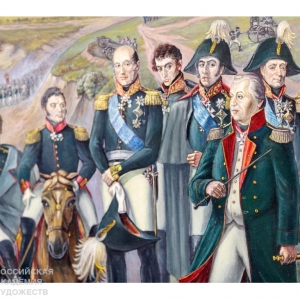 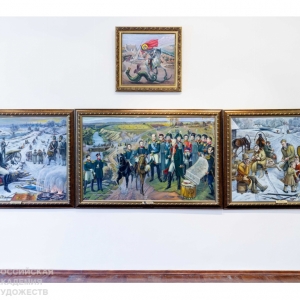 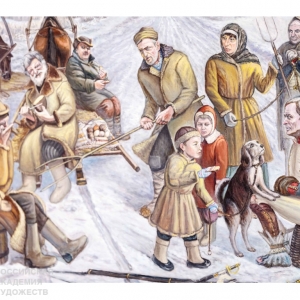 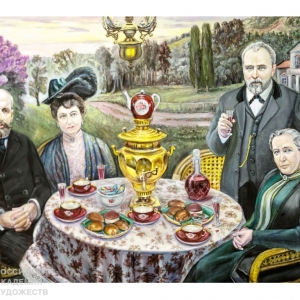 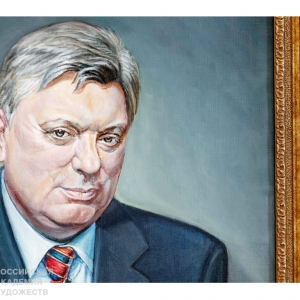 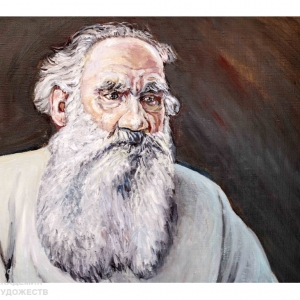 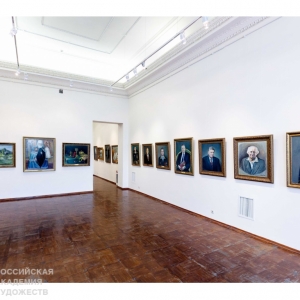 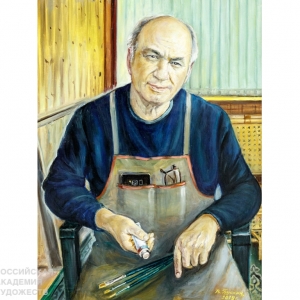 The centerpiece of the project is the triptych “The Patriotic War of 1812”: “Borodino. Kutuzov’s Plan for the Battle”; “The Capture of the French: That’s How We Did it”; “The Inglorious End. The Burning of Napoleon’s Banners and Standards after the Defeat of the French Army near the Town of Krasnoye”. The triptych is complemented by the canvas “The Miracle of St. George about the Serpent”, portrait of Leo Tolstoi who wrote the War and Peace novel and portrait of the People’s Artist of Russia, composer Vyacheslav Ovchinnikov - author of the music to the War  and Peace film and ballet of the same name. Victor Buskin also marked the 160th birth anniversary of the Russian statesman Pyotr Stolypin by his canvas “The Historical Meeting of the Governor of Saratov Pyotr Stolypin with the Count Sergey D. Sheremetiev in His Estate in Balanda on May 28, 1903”.

On display are also the artist’s portraits of noted Russian diplomats of various epochs, portraits of his parents, friends, statesmen, as well as landscapes of Russia, still lives. For many years, Victor Buskin has been passionately engaged in painting though his principle profession is medicine. Victor Buskin is a Doctor of Medicine, Professor, Vice-President of the Academy of Medical and Technical Sciences, Honored Doctor of RF. He was born in the Saratov Region in 1945, graduated from the Saratov Medical Institute, for more than 30 years has worked as a Chief Doctor of major medical entities of Moscow; in the period of war actions in the Near East in 1982-1984 Buskin headed the Soviet Medical Service in Syria. He has authored over 60 research works in the field of cardiology and healthcare management. For his achievements in medicine and health care organization he was honored by high professional awards.