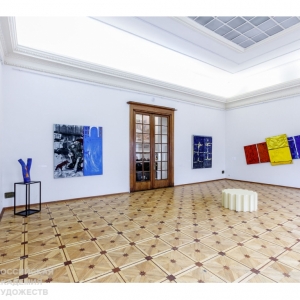 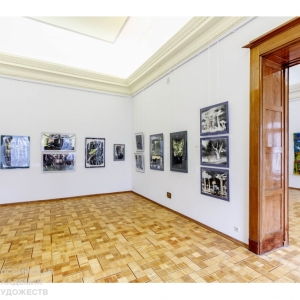 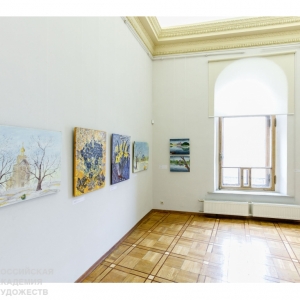 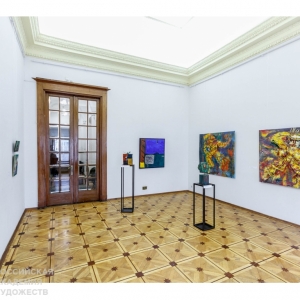 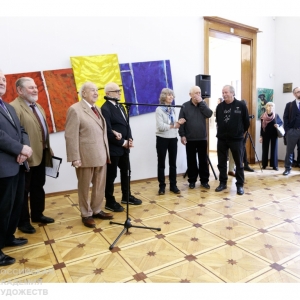 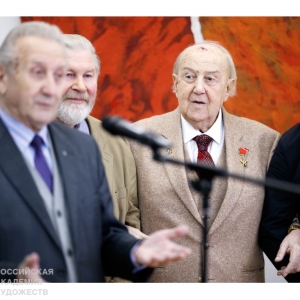 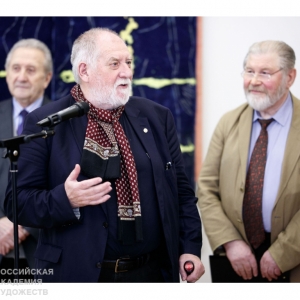 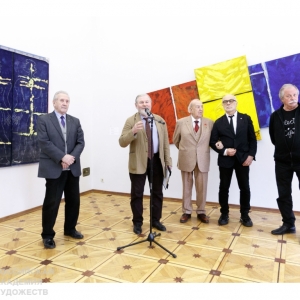 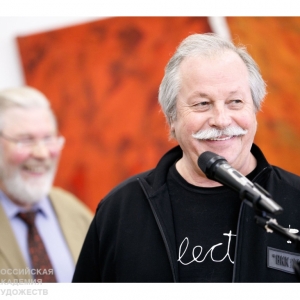 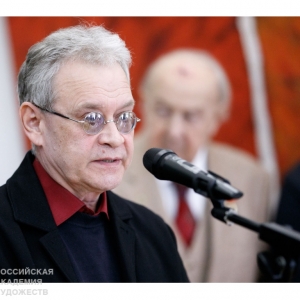 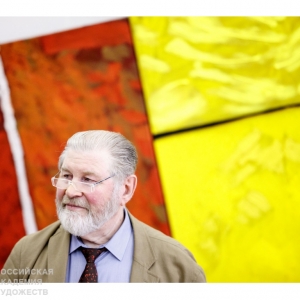 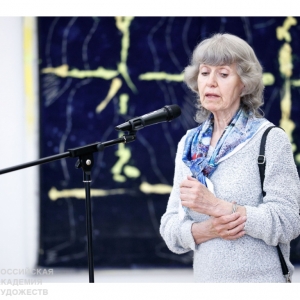 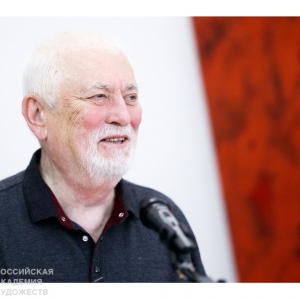 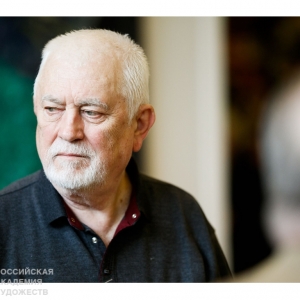 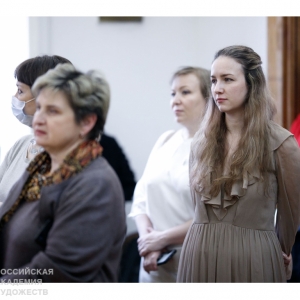 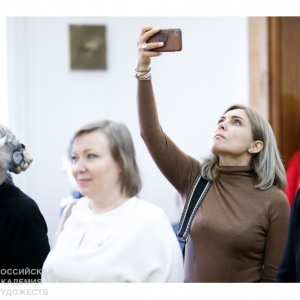 Felix Volosenkov is a noted St. Petersburg master, Academician of the Russian Academy of Arts. Each of his exhibitions is a story about an artist’s freedom, freedom of artistic gesture, expansion of creative will. “His painting is a realm of redundancy, meaningful and merciless rebellion against a priori …”. Felix Volosenkov is a Member of St. Petersburg Artists’ Union of Russia, Member of the Artists’ Union of Italy. He was born in 1944, finished A. Azimzade Art College in Baku, studied at the Urals Polytechnic Institute where he majored in architecture and in 1970 graduated from the Leningrad State Institute of Music, Theater and Cinema. Since 1977 the artist has been involved in theatrical design and authored   almost 50 projects in Russia and other countries (Moscow Art Theater, Mariinsky Theater, Maly Opera and Ballet Theater in St. Petersburg, etc.). His works are in major museum collections in Russia and other countries, as well as in private collections.

Natalia Tsekhomskaya is a Member of the Artists’ Union of Russia, Union of Photographers of Russia. Our world is rough and material, at the same time it is delicate and complicated, multifaceted, interdependent and fragile. The artist expresses the idea, that standing on the rough ground we are part of the mysterious cosmos and creating and destroying something in our small house we thus change the space and influence the events. Her works are executed in the author’s technique of synography and argentography using silver-bromine photo materials. Natalia Tsekhomskaya finished the Art School under V. Mukhina College, studied in the Leningrad Polytechnic Institute, in 1972 graduated from the Architecture Department of the Leningrad Construction Institute, in 1978 – finished the Course of Press Photography of the USSR Union of Journalists. Her 54 solo exhibitions were held in Russia and other countries. She is a frequent participant of group exhibitions in regions of Russia, International Biennale of Contemporary Art, international fairs of modern art. The artist’s works are in museum collections and private galleries.

Alexey Yarygin is a member of the International Union of Artists, Writers and Musicians, Member of the Association of Artists in Strasbourg (Association du Corbeau), Member of the Creative Union of Artists. He was born in 1969, graduated from the Leningrad State University, studied under Felix Volosenkov at the workshop of St. Petersburg Academy of Modern Art. The artist’s 56 solo exhibitions were held in Russia and other countries. He is also a participant of numerous group exhibitions in Russia and other countries.