FRIENDSHIP FOR THE CENTURY: EXHIBITION OF THE HONORARY MEMBER OF THE RUSSIAN ACADEMY OF ARTS ALENA VASILIEVA AND THE CHINESE ARTIST FENG YISHU IN BEIJING 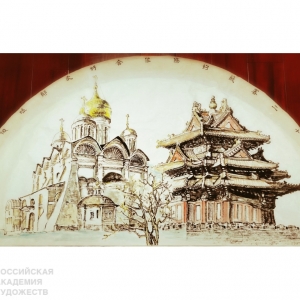 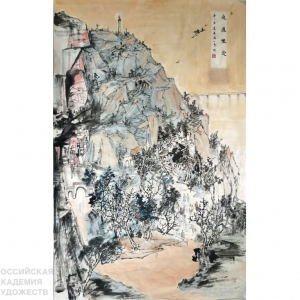 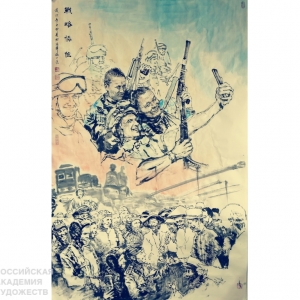 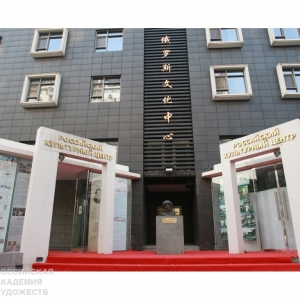 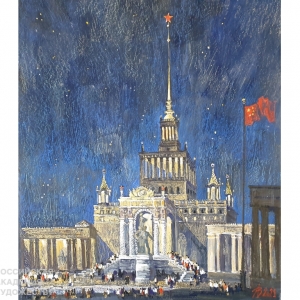 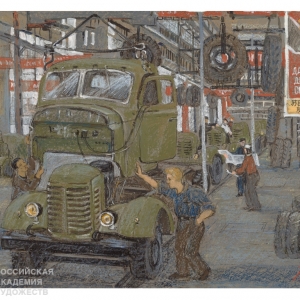 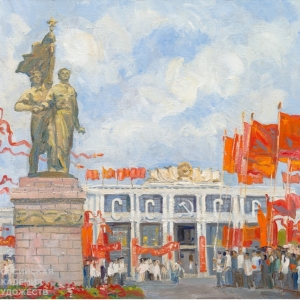 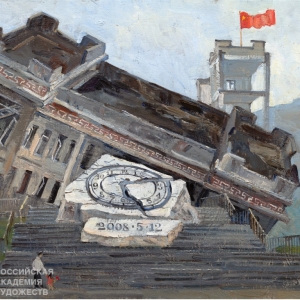 Venue: The Russian Center of Culture in Beijing (China)

The Friendship for the Century exhibition is timed to the 20th anniversary of the date of signing the Treaty on Friendship, Good Neighborliness and Cooperation between Russia and China (2001).

The exhibition is a result of the two-years' work by the Russian artist Alena Vasilieva and the Chinese painter Feng Yishu who depicted the most important pages of the long-term history of cooperation between China and Russia, in particular: events of the Eastern front in World War II and struggle against Japanese intervention; the USSR assistance in the construction of major industrial enterprises and industrialization of the People's Republic of China; teaching of Chinese students and specialists in the USSR institutes of higher education; mutual assistance in the struggle against natural calamities (including the consequences of the largest 2008 Wenchuan earthquake and the subsequent rehabilitation in Russia of the Chinese schoolchildren - victims of the tragedy); joint sports and cultural events of China in Russia; mutual interaction of Russian and Chinese cultures.   The two artists' views of the events presented in the exhibition make it possible to see the common things that have united both countries for a long time. Many of the works are exhibited for the first time.

Alena Vailieva is an artist, art historian, Honorary Member of the Russian Academy of Arts, member of the Artists' Union of Russia and International Association of Art Historians, PhD in Art History. She is a graduate of A. Herzen Russian State Teachers' Training University where she majored in fine arts, later ungraded her skills in Ilya Repin St. Petersburg State Academy of Arts. Alena Vasilieva is a holder of many medals and awards including the Gold Medal of the Russian Academy of Arts for her author's project "Peterhof - Yihe Yuan: Imperial Residences in Russia and China". The artist's works are in collections of the National Museum of Fine Arts of China (Beijing, China), the State Museum "Yihe Yuan" (Beijing, China), the State Museum "Yuyuan" (Shanghai, China), the Sombor City Museum (Serbia), M. Vrubel Omsk Regional Museum of Fine Arts (Russia), Museum of Xi'an Academy of Arts (Xi'an, China) and others. She is an author and organizer of a number of major Russian-Chinese art exhibitions and projects.

Feng Yishu is a painter, diplomat, writer, Bachelor of Russian Language and Literature, Master of Public Administration. He is a painter of Pang Guo-Chang studio of the Academy of Arts of the Chinese People's University, Member of the Board of Directors of the Society for Chinese-Russian Friendship, Member of the Chinese Association of Translators. Feng Yishu has been the Head of Europe and Central Asia Department of the Chinese Foreign Ministry; participated in many significant official events and negotiations in Central Asia and Russia, in the events of the cultural exchange between China and other countries. Feng Yishu is an author of the book "The Silk Way on the Tip of the Brush" (Moscow, 2019) about his diplomatic experience provided with his illustrations. He is a holder of the Gold Medal of the XIII International Exhibition of Calligraphy and Painting (Japan).