BORIS MESSERER. ETCHING FOR THE THEATER: EXHIBITION OF THE PEOPLE’S ARTIST OF RUSSIA BORIS MESSERER IN THE RUSSIAN STATE LIBRARY OF ARTS 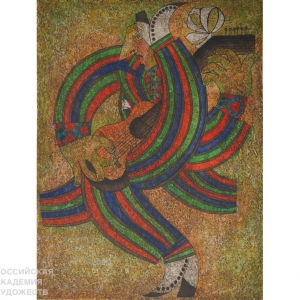 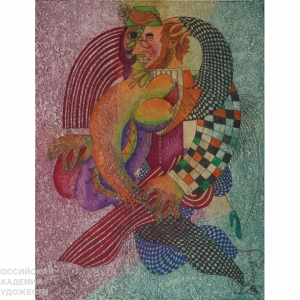 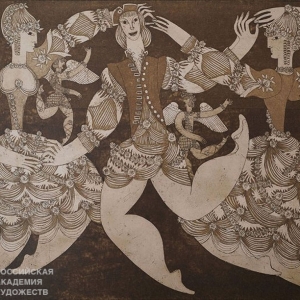 The Russian State Library of Arts presents the exhibition “Boris Messerer. Etching for the Theater”  as part of its Art for Our Readers project. The People’s Artist of Russia, Winner of State Prizes of Russia, Academician of the Russian Academy of Arts, Academician-Secretary of the Department for Theater and Cinema  Decorative Art of the RAA Boris Messerer is a man of versatile interests working in various genres of art.

The venerable artist and old friend of the Russian State Library of Arts shows to the public his theater sketches in the etching technique for the first time. He says about this exhibition as some “adventure” in the theater field: “I set myself a difficult task – to apply the etching technique to create a series of sheets of costume sketches for the performances I worked at”.  So there appeared printed  series for such ballet performances as “Bedbug” by Vladimir Mayakovsky to Dmitry Shostakovich’s music  (St. Petersburg,  Mariinsky Theater), “Spartacus” by Aram Khachaturyan (Yerevan, Opera and Ballet Theater), “Sylvia” by Leo Delibes (St. Petersburg, Mikhailovsky Theater).

All the etchings have preserved the expressiveness which the viewer is used to see in a free sketch despite the complex production technique. Each sheet is a completed artwork, finished mise en scene transferred from the stage space to a flat surface of a paper sheet.