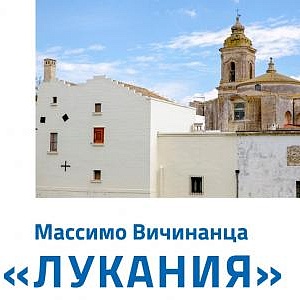 His works have been exhibited many times in Italy, including such art shows as “Horizons” (Palazzo de Vovo, Castelbate, 2012), “Architecture of Wind Dreams” (Carcere Borbonico, Avellino, 2013), “Photography of Water” in honor of the International Day of Water (Citta della Scienza, Napoli, 2012), etc. For his creative contribution to photography he has been awarded the International Prize in Milan and Giancarlo Siani prize. Massimo Vicinanza also teaches digital photography at the Academy of Fine Arts in Napoli and is a co-founder and President of “Photo Polis” Foundation.

Lucania is an ancient area of South Italy. It extended from the Tyrrhenian Sea to the Gulf of Tarano and bordered with Sampium and Campania in the North, Apulia in the East. It thus comprised almost all the modern region of Basilicata. Artists, writers and film producers have always been inspired by the pure air and beauty of the region, color peculiarities of the local population. In its time in the region worked Horacio and Carlo Levi, Pier Paolo Pasolini and Francis Ford Coppola. The nature of Lucania in combination with its historical monuments makes the region one of the most interesting in Italy. The photos reflect the real life of the region often hidden from tourists eyes.
SEE THE PHOTOS IN THE RUSSIAN VERSION OF THE SITE