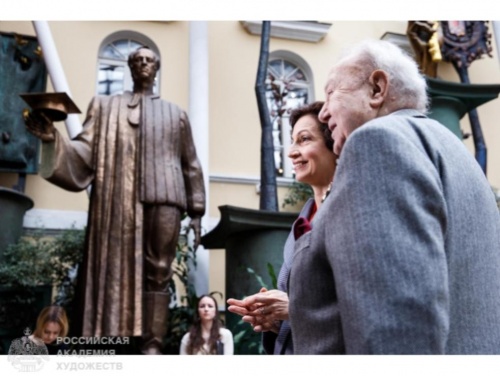 In her Letter addressed to the President of the Russian Academy of Arts Zurab Tsereteli the UNESCO Director-General noted:

“The Russian Federation has long shown generous support and commitment to UNESCO and its activities, and I was very pleased to have the opportunity to discuss this fruitful cooperation with you and other members of the Commission. The range of Russian activities in support of the Organization is highly commendable. I believe the Commission of the Russian Federation plays an important role in strengthening UNESCO’s impact in promoting its visibility and in reaching out to different stakeholders throughout the country.

I would also like to take this opportunity to express my appreciation for your personal long-standing commitment to the promotion of culture, as well as dialogue through culture, which are of direct resonance with UNESCO’s global mission to promote peace and harmony between countries and communities.

I have returned to Paris much encouraged by this enriching and constructive visit. I look forward to building on the fruitful cooperation UNESCO and the Russian Federation already enjoy”.