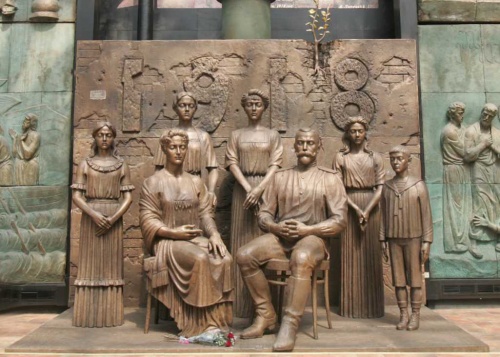 The one exhibit show commemorating the murder of the last Russian Emperor Nicholas II and his family will be held in the Livadia Palace – the Emperor’s summer retreat in the Crimea. “We have decided to exhibit the sculpture in the last summer residence of Nicholas II in the Livadia Palace as this place symbolizes the most happy and sorrowful moments of his life. It will be part of the major exhibition dedicated to the fate of the Romanov family taking place in the Livadia Palace now” – said the Director of the Sverdlovsk Museum  Vladimir Bykodorov. The project includes an architectural model of the Ipatiev house and its multimedia reconstruction.