THE FRENCH: THE AUTHOR’S PROJECT OF SERGEI BARKHIN IN THE MUSEUM AND EXHIBITION COMPLEX OF THE RUSSIAN ACADEMY OF ARTS 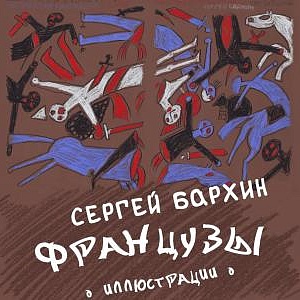 The author’s project “The French” of the noted set designer, book illustrator and architect Sergei Barkhin has been organized by the Russian Academy of Arts in partnership with the Open Club gallery and Laboratory of Experimental Printing “Piranesi LAB”. Besides showing illustrations to works by Francoise Villon “Ballads in Thieves’ Jargon”, “One Summer in Hell” by Arthur Rimbaud and heroic medieval poem “The Song of Roland” the exhibition showcases the book “The French” published in small editions in the technique of serigraphy. The publishing house “Gemini” set up by Sergey Barkhin, his sister Tatyana and daughter Ann, which published the book “The French”, since the early 1990s  has been involved in the publication of a series of monographs of the  famous family,
as well as the book of memories and works by other authors, for instance, “The Poet’s Odysseus. LORA Translates TININO” (T. Guerra, 2009). “The French” is a thematic and experimental book in three notebooks uniting works of French literature at the first glance incompatible in meaning, aesthetic direction and language.

Sergey Barkhin’s line of artistic text interpretation through comparison of historical and biographical nuances makes it possible to speak about a dialogue which avoids the principles of the traditional literature canon. Moreover, the book interacts with various contexts connected with private moments of the publication history and text translations. Thus, in “The Song of Roland” illustrations accompany the free poem’s interpretation by Sergey Bobrov – translator, literary critic, poet and representative of Russian futurism.  The adopted translation was published only once – in 1943. Today, the book with a circulation of 25 thousand copies published by DETGIZ is a bibliographic rarity. It is supplemented by a popular science foreword by Ilya Erenburg and atmosphere illustrations of Maria Sinyakova who caught the graphic architecture of images, the “alchemy” of cantilan and epic spaces of early events of the Reconquista. The “free interpretation” appears in “The French” as a tribute to the book on which many Soviet readers began their acquaintance with the French epic.