REFLEXES: RETROSPECTIVE OF WORKS BY THE ACADEMICIAN OF THE RUSSIAN ACADEMY OF ARTS EUGENE VAKHTANGOV 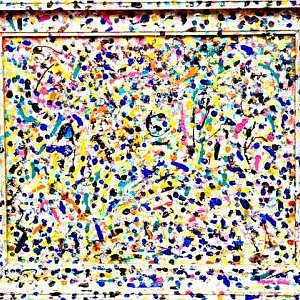 
The retrospective exhibition at the Russian Academy of Arts presents more than 30 works by the Academician of the RAA Eugene Vakhtangov fr om the artist’s early figurative works to abstract pointillism and collage.

Eugene Vakhtangov continues the famous Vakhtangov dynasty: his grandfather  Eugene Vakhtangov (1883-1922) was an eminent theater director, his father – the noted architect Sergey Vakhtangov (1907-1987). They largely predetermined the artist’s desire to connect his life with art world. Vakhtangov finished the Moscow Art School and entered V. Surikov Moscow State Art Institute wh ere he majored in theater and cinema decorative arts under such outstanding masters as Dmitry Zhilinsky, Vadim Ryndin, Mickhail Kurilko-Ryumin. Since the 1970-s, he has been a frequent participant of solo and group exhibitions in Russia and other countries.

The new stage in the artist’s work started in the 1980s: the figurative nature disappeared and one could sense the stylistic and ideological influences of avant-garde, neo-primitivism, minimalism and abstract art. The critics noted, that in Vakhtangov’s pictures of that time there were some “exorbitant apocalyptic abysses”.

In the 1990-s, the artist joined the Polygon art group and began teaching painting in the Department of Set Design of the Russian Academy of Theater Arts. In that period Vakhtangov was remembered as a founder of the “spontasur” direction continuing to develop his work in the mainstream of non-figurative art, which  made him a distinguished figure in the art life of Russia. Because of the wide range of ideological and stylistic directions it is rather difficult to give a clear definition of his work as it includes the influence of pointillism, assemblage and abstraction.

The artist uses the “reflex” as a metaphor for the search of ontological meaning of his painting. The constant allusion of the master to the heritage of modern art coupled with the unique author’ eye generating as a result an absolutely original art
allow us to refer Eugene Vakhtangov to the galaxy of outstanding and most interesting contemporary artists. The works by Eugene Vakhtangov are in collections of the State Tretyakov Gallery, the State Russian Museum, Moscow Museum of Modern Art and other major museum and private collections in Russia and other countries.